You are here: Home › Status of Environmental mitigation projects in the Central Valley
By Nadia Naik on January 21, 2016 in Uncategorized
Tweet

The California High Speed Rail Authority’s website states  the Authority “is committed to working with local, state and federal agencies and local stakeholders to develop a high-speed rail system that preserves open spaces and environmental resources that make California golden. Because the project is starting work in the Central Valley in the summer of 2013, the Authority is taking several steps to preserve farm and agricultural lands and open spaces in the area.”

Here’s an example in a March 2014 article from CA Environmental Law describing how the Authority received a permit that ensures “that any debris or contaminants that wash away in storm water during construction projects are captured by the Authority and do not pollute other nearby waterways.  The Authority’s mitigation plan details how it will address impacts to surface waters on the construction site, including restoring vernal pools and riparian habitat at an off-site location in Madera and Merced counties.” 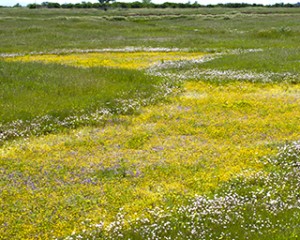 Environmental mitigation is an important part of this project.

However, finding information on the Authority’s website about the status of these mitigations proved difficult.

After a lot of hunting, we’ve summarized our findings in a one-pager showing the current environmental mitigations for the Central Valley and the costs associated with them.

In a nutshell, plans exist but nothing has started quite yet.

If you’re interested in this topic, we’d encourage you to contact the High Speed Rail Authority and ask them to provide more information about Environmental mitigation on their website along with regular status updates regarding implementation.