How did Tutor-Perini make the grade?

Tutor Perini has won the recent competition for the first high speed rail construction contract with a barely passing technical score and a perfect score for its low price.

Here are the results:

A construction’s firm financial capacity is always an important factor in awarding contracts. For prime contractors, cash is king and the typical large construction firm has a very strong balance sheet.

The project will take almost 5 years to complete, 30% of the work will be given to DBEs who must be paid promptly and it is design-build, making it more difficult for a guarantor to step in and finish the work in a timely manner if the original contractor can’t.

It could be a decade after this part of the work is finished but before trackwork and high speed rail elements are completed and the winning firm will be inspecting its own work. Both the state of California and the firm undertaking this work will be taking on a lot of risk. Any cashflow problems suffered by the contractor will only increase those risks.

The rules were clear: financial strength is a must.

Financial strength was so important that, as described in a Authority staff memo, it was part of the first step in evaluating proposals. While the pass/fail checklist was administrative, there was an additional absolute prohibition against weakened financial capacity.

The rules were laid out in an RFP document called “Instructions to Bidders”.

Precisely, a bidder must not have incurred a (negative) Material Change in their financials since the original Request for Qualification process in 2011.

The bidding documents gave seven examples (the rules themselves) of what would constitute a material change. Tutor Perini Corp (TPC) had three of them.

Tutor Perini’s balance sheet has gone from pristine to highly indebted over the past 5 years, as a result of series of acquisitions and negative free cash flow.  While Tutor Perini has recorded accounting profits (and paid large bonuses based on them), the company is incurring losses on a cashflow basis.  The discrepancy appears to be a combination of an increase in disputed claims and other unexplained factors. 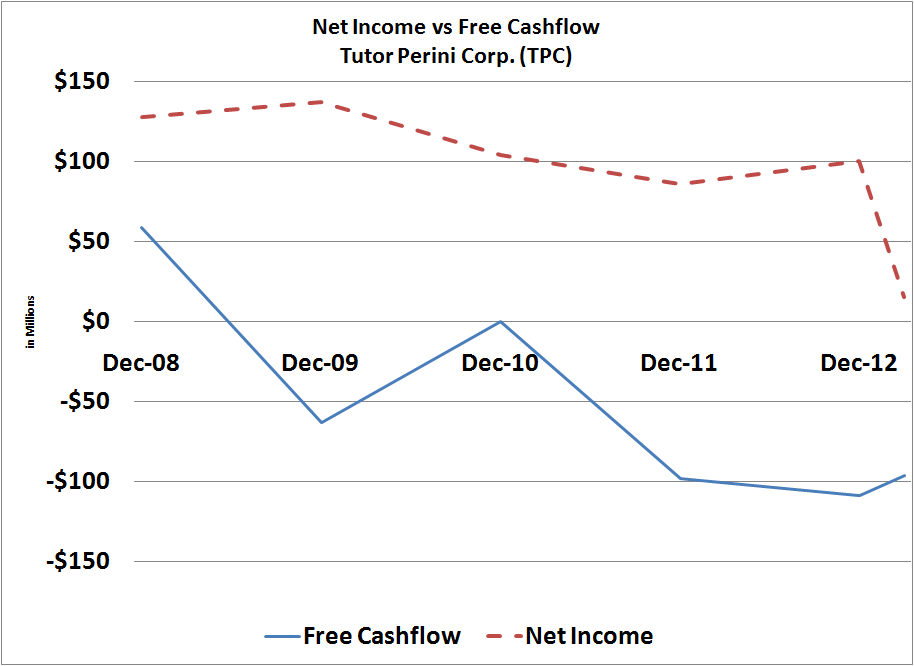 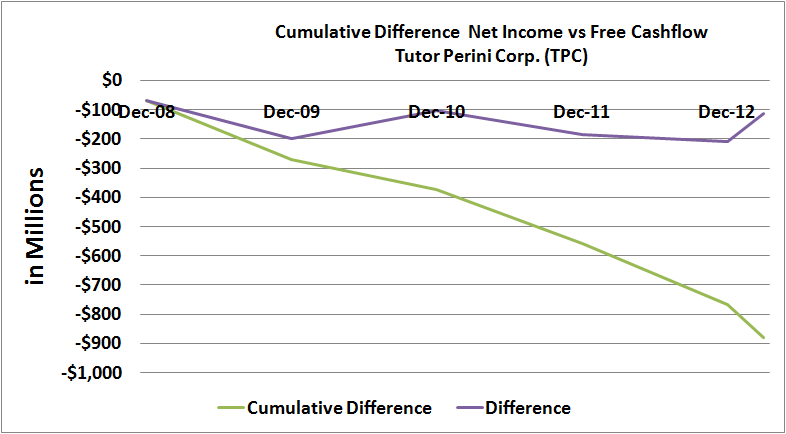 Liquidity (cash available for general corporate purposes and bank credit line availability) is going down… and  debt has been going up. 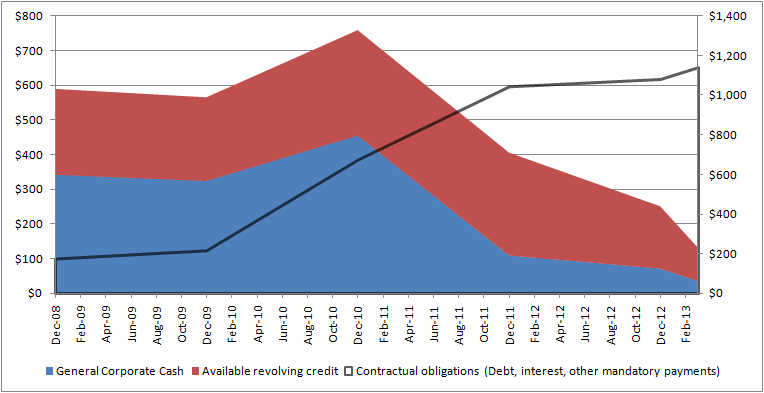 The Authority laid out a process that would highlight red flags. Bidders had to actually make formal certifications about a lack of Material Changes. So what happened here?  The Authority needs to make good on its promises of a transparent process and disclose more information about the Financial Change review, starting with Tutor Perini’s financial documentation.